Frank Michell is currently Staff Engineer for the Mechanical Engineering Division of the Engineering Services Organization of American Electric Power. Most recently, Frank Managed the Applications Engineering and Balance of Plant Mechanical Equipment Group responsible for providing engineering services to AEP’s Fossil Hydro Generating Fleet in the areas of Mechanical Engineering Analysis (fluid mechanics, thermodynamics, heat transfer, stress analysis & CFD modeling), fire protection engineering and balance of plant mechanical equipment & system expertise/design basis for pumps, heat exchangers, cooling towers, HVAC & dust collection and other misc. equipment. Frank is active in several Industry Organizations including the Cooling Technology Institute (CTI), Electric Power Research Institute (EPRI) and the American Society of Mechanical Engineers (ASME). Frank has previously been Chair of the ASME Heat Exchanger Committee and is currently on the ASME Power Division Executive Committee as Past Chairman of the Division. Frank is Chair of the ASME Energy Conversion & Storage Segment and is a member of the ASME Industry Advisory Board. Frank holds a BS Degree in Mechanical Engineering from Polytechnic Institute of New York. Jun Inumaru received a Master of Science in Department of Mechanical Engineering, the University of Tokyo, and joined CRIEPI in 1983. He conducted the research and development of coal gasification technologies using a bench scale coal gasifier, which was a prototype of Nakoso IGCC commercial plant gasifier. He joined the IGC research association in 1990-1992, and was engaged in the 200 ton/day pilot plant project. He studied heat transfer and fluid dynamics in the coal gasifier as a visiting researcher, Department of Chemical Engineering, University of Toronto, in Canada in 1995-1996, and became a director, Project of Biomass Energy Utilization in CRIEPI in 2003.He became a Sector Leader, Plant Engineering Energy Engineering Research Laboratory in 2007, and was engaged in the research and development of the thermal power plant technology including CCS. He received the doctor's degree from the University of Tokyo in 2010. He took charge of the research planning as a General Manager, Planning Group in the headquarters of CRIEPI in 2013-2016. He becomes a present position in 2017. Vice President of Kunming University of Science and Technology (KUST) 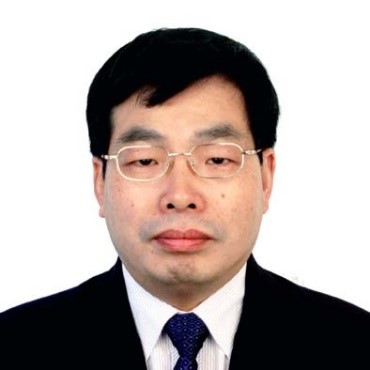 Dr. Wang’s research interests include heat transfer enhancement and its applications to engineering problems, high-temperature/high-pressure heat transfer and fluid flow, transport phenomena in porous media, numerical simulation, prediction & optimization, etc. He has delivered more than 40 Plenary/Keynote/Invited lectures in international conferences or foreign universities. He has also been authors or co-authors of 4 books and more than 200 international journal papers. According to the ISI Web of Science website, his publications have been cited more than 3800 times by others and his H-index is 32. He has obtained more than 30 China Invent Patents and 2 US Patents. Dr. Xu Jinliang was awarded “Cheung Kong Scholars” Chair Professor and the winner of National Funds for Distinguished Young Scientists by NSF of China. He served as Chief Scientist of 973 Program of Ministry of Science and Technology.
Dr. Xu received the Ph.D. degree from Xi'an Jiaotong University in 1995. He was elected to the "100-person Program" of the Chinese Academy of Sciences (CAS) in 2002 and built micro-energy system laboratory at CAS. He worked at North China Electric Power University since 2009. He serves as the director of Beijing Key Laboratory of Low-grade Energy Multiphase Flow and Heat Transfer, the vice-chairman of Beijing New Energy and Renewable Energy Standardization Technical Committee, the member of academic committee of the center for plasma and combustion in Institute of Mechanics of CAS, State Key Laboratory of Cavitation Physics and Natural Circulation in Chinese Institute of Nuclear Power, and Key Laboratory of Renewable Energy and Natural Gas Hydrate in CAS.
His research interests include new energy, renewable energy, power system, energy-saving and emission reduction in the high enery-consuming industries, micro-energy and so on. He served as the editorial board member of the The Open Thermodynamics Journal and the guest editor of IASME Transaction, managing editor of Microfabrication Technique. He also serves as the standing director of Chinese Energy Society, Chief Scientist of the 973 Project of the Ministry of Science and Technology, the member of Strategic Expert Team of Engineering Thermal Physics of NSF of China, and the member of Strategic Expert Team of Renewable Energy in the 12th Five-Year Plan of the Ministry of Science and Technology. He has been the project leaders of the 973 projects (chief scientist) of the Ministry of Science and Technology, National Funds for Distinguished Young Scientists by NSF of China, the Key Project of NSF, the APEC Development Fund project, and so on. He has been presented as the plenary lecture for 9 times, and organize international conferences. He has published more than 200 papers and been cited over 700 times. He was also awarded the third prize of Prize of State Scientific and Technological Progress Award, the first prize of Natural Science Award of Ministry of Education, and two second prizes of Science and Technology Progress of the State Education Commission.

Prof. Qunxing Huang received his Ph.D. degree in thermal engineering from Zhejiang University in 2005. He joined the institute for thermal power engineering and state key laboratory of clean energy utilization after graduation and became a full professor since 2014. He was a visiting scholar in the combustion lab of mechanical Engineering department, University of Illinois at Urbana Champaign between 2010-2011 and he is the joint-research associate of earth engineering center of Columbia University since 2014. he is the coordinate of Global waste to energy research and technology council at China and he is the editorial board member of journal Environmental Technology. Currently, he serves as the vice dean of Energy engineering college of Zhejiang University.

His research interests focus on thermal treatment of solid waste, including pyrolysis, gasification and combustion of municipal waste, sludge and combustible industrial waste. He also interests in combustion optimization through artificial intelligent techniques. He has published more than 60 international journal papers and co-authors 2 books. As research team member, he has received second price of State Science and Technology Awards respective at 2014 and 2017. Now, He is the principal investigator of the National Key Research and Development Program for developing clean, efficient waste incineration technology and equipment.